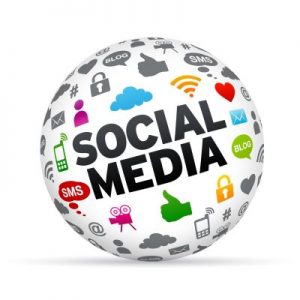 Why such a focus on the Bredasdorp rape story when rape has become a regular occurrence all over South Africa? Here are some thoughts……

Ordinary people have had enough! Now, using new media as activists, concerned citizens, special interest groups, NGOs etc are forming coalitions, focus groups, and the like, to address public issues threatening our society and to pressure government to seriously address problems like violence against women and alcohol abuse for the benefit of society ….more…

1. Social media as sites of mobilization
The rise of ordinary people protesting, petitioning and advocating against violence and injustice in a participative, democratic manner is seeing a redefinition of the citizen. Through the use of social media, there is a growing activism culture focusing on creating awareness of issues impacting both the public and society and on getting people active in communities that were previously seen as marginalized and disempowered. This phenomenon of participation may be fragmented, but nevertheless is political-personal expression directed not only against those in power but could be leverage for positive social change. It represents new options for ordinary citizens to affect changes in social policy and behavior.

Here in South Africa people and groups have been voicing discontent about the numbers of violent rape cases for some time now but the powers weren’t listening nor responding adequately. Perhaps the traditional channels of expression were ineffective. Now the agitated citizenry is using the power of social media to circulate the protest and garner support and, it would seem, the Bredasdorp case came at the right moment when a number of factors came together simultaneously to carry it to such a great height in our discourse and our consciousness.

Hence, the growth of engagement with online pressure groups has resulted in new sites for creative activism and social change.. They offer great possibilities for bringing collective pressure to bear on political and corporate groups, resulting in action. Depending on the different situations, the subsequent action could suggest that, “social networking technology has come to play a larger role in both creating and maintaining corporate [and government] reputations and damaging them” (Beal et al., 2008). The phenomenon of a changing media environment of ‘continuous connectivity’ and ‘collective participation’, where citizens can participate in ongoing discussions and debates in the public sphere, is now contributing to a new form of political engagement. Citizens can use both traditional and new media to form pressure or advocacy groups to publicise and promote their views, activities and campaigns, and to win public support and grow their membership to pressure or lobby government, either advancing or staving off government regulations.

The Bredasdorp case confirms that the present state of violence, crime and corruption in South Africa has also resulted in a growth in public activism and a new kind of citizenship where citizens seek to educate themselves and maintain community vigilance. As citizens, using new media, they are developing discursive strategies to effect change in policy and practices, using petitioning and advocacy through the Internet, coalition building and aligning with social movements. Their voices join to form alternative identities and public sphere, and work in the interest of social change. This indicates people’s new-found ability to make judgments, and make decisions to communicate and generate awareness to mobilize others to action, thereby inducing the government to be more accountable and socially responsible.

Ultimately, ordinary citizens are exercising their political rights, using critical news coverage to stimulate social discussion and concerted actions and to create awareness through collective initiative and social movements, articulating interconnectivity between people of different classes, genders, and races, and acting as advocates for social change.

The media has always played a pivotal role in disseminating relevant information around social and public issues, raising points of argument from all sides of the debates. The media’s power to influence therefore is crucial to communicators – individuals, groups and organizations – who want to affect change in society, whether economic, social or political. How (through intensity, frequency etc) media present information and stories influences public perceptions.

Common strategies used by media to divert readers’ attention away from certain issues, people or actions (eg agenda setting, accumulation and framing) include placing undue focus on one news item while seeming to ignore similar stories elsewhere. Some might say that – as was stated in a recent news story – the ANC is strategizing to wrestle the Cape out of the hands of the DA in the next election. Speculators say there will be more negative news and criticism around events in the DA-led province to perhaps give the impression that the violence there is on the increase or that it is getting out of control – usually it’s areas like Limpopo that get much coverage for crime, violent rapes etc.

3. Women Activists for Women’s issues in the media
Women’s pressure groups are growing and are bringing all cases of violence against women into the open through the media in the hope that government will act to end this scourge. However, those in government, particularly the women, also want to be seen to be supporting these calls in the hope that the public will perceive them as part of the solution… Take a look at who is on the scene when the SABC TV cameras are rolling at the homes of victims – comforting and commenting….
Ends.