I’ve got some questions, but they come later, so for those who don’t read to the end, let me say upfront: I acknowledge that alcohol abuse has disastrous consequences for individuals and society, and I empathise with its victims. I believe that each and every life, and death, matters every day. And I believe that a democratic government has the duty to effectively and ethically protect all its people, its constitution and its economy all the time.

So, after our President’s announcement last Sunday, I felt quite alarmed. I was reminded of another episode in 2011 involving government’s response to the same alcohol-related problem in our society. Having made links between the two scenarios, I am left asking several questions. But let’s first look back.

Since 2003, when The World Health Organisation (WHO) figures had rated South Africa one of the most violent countries, with high incidents of rape, abuse of women and children, domestic violence and with one of the highest road accident rates in the world, government departments, including Trade and Industry, Transport, Social Development and Health, together with big business and a number of special interest groups, had been investigating ways of dealing with these social problems and, in October 2010 the government proposed a ban on the advertising of alcohol, including a ban on sponsorship by alcohol companies which, until then, had been among the major sponsors of sport, arts and social development programmes in the country. 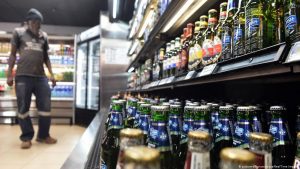 In a statement, Dr Aaron Motsoaledi, Minister of Health, stated, “The driving factor behind this is alcohol, the harmful effects of alcohol. We’re not going to pull back about the issues of alcohol control, including the banning on advertising of alcohol. It’s just a matter of time – it’s not a matter of whether, it’s an issue of when. … If saving our people earns us a title of being a nanny [state], I very much welcome that title.” (News24 report 6/9/2011).
According to debates in the media, the decision appeared to be based on the ‘logic’ that people drink more as a result of alcohol advertising (which instils audience identification with and aspirations of “the glamorous lifestyles” portrayed advertisements) and that people behave more irresponsibly and violently as a consequence of excessive drinking. Hence, in another impassioned statement the minister said, “No matter how financially powerful groups and institutions are, no matter how much money they make, I can stake my life that we are going to fight with our bare knuckles to achieve this [ban on alcohol advertising]” (TimesLive report 5/7/11).

In 2011 while lecturing in Communication, Cultural and Media Studies at a university, my post-graduate group conducted a research project on the issues surrounding government’s attempt to ban the advertising of alcohol. It proved a very interesting project because, firstly, it got students excited. Why? It involved the topic of alcohol, so they got into heated discussions and passionate debates and proceeded on a path of learning. Secondly, in the process it taught students about the extent of engagement among all stakeholders – economic, social and political – all trying to solve the problem, albeit with differing perspectives and discourses around it.

In the end, the outcome proved to be a compromise among the different sectors. Government put restrictions on alcohol advertising, the alcohol sector thrived, trade and industry received large taxes from alcohol sales, and social services and health departments committed to training programmes on alcohol abuse, sponsored by the alcohol industry. However, students agreed that government should be looking at the root causes of the problem like joblessness, poor housing, education, and dealing with them in the long term. We are still saying that today.

Back to the present. In rushes COVID19 bringing the lockdown with its many, seemly draconian, restrictions and regulations. As the alcohol ban takes centre stage, I am reminded of that previous scenario and ask myself several questions:
1. What has changed since 2011? The one thing I do know has not changed is the ‘logic’ that drives government’s decision-making.
2. What has happened to that engage-consult-and-compromise position? Whilst I’m not usually a defender of big business, it does appear that the alcohol sector has held up its end of that deal. It’s pumped billions into the fiscus and sponsored many ‘government-led’ social programmes.
3. What has the government itself done between then and now to address the alcohol-abuse problem? Although there are hundreds of rehabilitation clinics and centres around the country, according to Professor Malaka of The University of Limpopo, the standard industry recovery rate is 3%. https://briefly.co.za/40003-complete-list-rehabilitation-centers-south-africa.html . Private institutions, individuals and activist groups seem to be doing more than the government itself.
4. Is our government’s ‘command council’ so bamboozled by the COVID19 crisis that it’s lost its ability to engage and compromise effectively in order to survive? Has the virus left the decision-makers flummoxed, in a complete tizz, making conflicting decisions one day at a time. 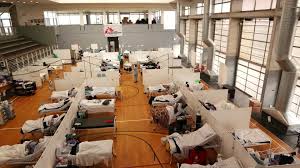 Today Government has chosen not to listen to the voices of all key role players, not to compromise, to be selective in who it engages with, instead of acknowledging its own failure in this regard. It prefers to pass the blame, in the name of saving “our people’s lives”. Where’s the logic in basing a blanket ban on alcohol in a democratic country, on violent alcohol abusers who take up COVID beds? Especially, when the lack of beds is the fault of government itself. And in the process, depriving itself of billions of rand in tax revenue, causing the loss of thousands and thousands of jobs, while businesses are crashing and tax-paying civil citizens are forced to comply while suffering the stresses already inflicted by COVID19.