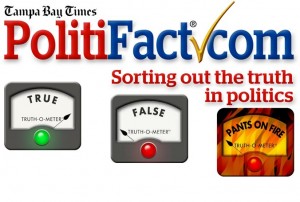 My monthly copy of The Media magazine arrived this week and, as always, I read it from cover to cover with great interest and curiosity. I love keeping up with trends, ideas and debates in this exciting field.
There are two articles in particular that got me moving – one by Jos Kuper (whom I regard as one of my mentors), the other by Julian Rademeyer. And the one common issue or concern was this: journalists don’t check their facts properly before publishing.

Kuper, who has been a highly respected media researcher for many years, wrote Who do we trust: media or politicians? She was reporting on her latest research findings in a South African study. Examples include: “87% believe that ‘whistleblowing’ is a good idea, and 83% of South Africans believe it is the duty of the media to expose corruption among politicians and business people.” But the negative that emerged is that about 80% of people said “that journalists often harm people’s reputations because they don’t check their information sufficiently.” (www.futurefact.co.za)

According the journalist’s code of ethics, verifying facts is core to the job. However, with news media cutting back on staff, together with the increased demands of producing non-stop content, journalists may be getting slack in the rush to produce. But that is no excuse. The implications and consequences of publishing inaccurate information can be permanently damaging to both individual and organisation.

Just a couple of weeks ago one of the cell phone companies was ordered to change the wording of an advert in which it claimed to the best at something, when in fact it wasn’t. That was an example of how a media watchdog can keep tabs on ‘storytelling’. It could also indicate the company’s attitude of ‘try your luck – even bad publicity is good publicity’.

Jacob Zuma’s State of the Nation Address was filled with facts that were delivered out of context and somewhat misleading. Who checked that speech?

In his article, Getting it right, Rademeyer, the editor of Africa Check, maintains that fact checking is a necessary and growing industry worldwide. Companies like his aim to investigate claims made in the media to check if the facts are accurate. By doing so they hold politicians and business people accountable. For example, when a politician claims that “90% of South Africans have access to ‘clean and safe’ drinking water, does the average reader, listener or viewer believe him? If not, they now can access www.AfricaCheck.Org for the facts.

With an election coming up, I suggest we keep our eyes and ears open for promises made by politicians and check out claims to separate fact from fiction. We must demand accuracy and accountability from our politicians. And, on a daily basis, we should become more critical of seemingly unreasonable product promises too and more proactive in seeking and exposing the truth.
That’s what the media is supposed to do and if they don’t we can do it ourselves.