In this post I use Christina DesMarais’s ideas on how to live your best life. I prefer the word whole so I say you have one life, just keep living it and working to make it whole. However, her ideas are well worth putting into practice.

Christina aka @salubriousdish says, “being mediocre and coasting through life is the easiest thing in the world. But it also means you’re going to miss some opportunities and maybe even have some regrets when you get to the end of your days.”
Here are her ideas on how you can be more intentional about how you spend your time and live your best life.

Stop checking Facebook
I say “yay” to that. Christina says Facebook’s “a curated, disingenuous portrayal of your friends’ lives. If you believe what you read, their marriages are only full of adoration and respect, their children are perpetually high-achieving and beautiful and their holidays always feature amazing vistas and smiles reflecting a good time had by all. Nobody posts photos of their spouse during an argument, their kid acting like a brat, or the annoyances involved with actually getting to and from a vacation destination. And researchers have found that scrolling through all this pretend perfection makes you feel less satisfied with your own imperfect life. In essence, it fosters envy, an emotion which doesn’t lead to being the best version of yourself.” Clinical psychologist Rachel Andrew maintains, “What social media has done is make everyone accessible for comparison. In the past, people might have just envied their neighbours, but now we can compare ourselves with everyone across the world.”

Go to nature
According to Christina, “Studies have found that spending a few days in nature increases creativity by 50 percent, improves one’s attention span while reducing hyperactivity and aggression. Being close to the ocean is associated with higher levels of happiness and people who reside in greener neighborhoods live longer. At the same time, hearing traffic noise adds strain to a person’s heart.”

Teach yourself to be calm
“It’s actually contagious”, says Christina. “Instead of being someone who stresses out, be a rock for the people in your periphery by modeling self-composure and confidence. In the event of a challenging situation, take time to breathe, gather your thoughts and carve a path which is responsive and not reactive. How you handle yourself will affect how the people around you handle themselves. Will getting agitated, angry or upset help the situation? Likely not.”
I can vouch for that. I’ve found that taking a deep breath and count to ten instead of voicing my immediate responses is a great communication tool.

Take the hard road
We keep being told, “Achieving great things doesn’t happen by doing things the easy way.” Christina agrees that successful people do the difficult work of getting out of bed early, exercising every day, keeping to-do lists, reading and being vigilant about continuous self-improvement. “Envision the opposite: sleeping in, sitting around, disorganization, ignorance and a lack of growth. None of that will result in anything worthwhile.”

In my own case, studying while raising three children and completing my masters degree while working full time meant putting in the long hours while others were sleeping, playing and watching TV. But the result has been a rewarding career and a sense of achievement.

Finally, along with others, Christina quotes Ralph Waldo Emerson: “The purpose of life is not to be happy. It is to be useful, to be honorable, to be compassionate, to have it make some difference that you have lived and lived well.” And she adds that being useful doesn’t need to mean changing the world, but merely making it a tiny bit better than before you existed.

Makes you think, doesn’t it?

REAL’s Dee Viney and Mpume Mthembu, owner of Ifutho Consulting, are pleased to be offering a combined service in values-based, strategic communication and ethical branding. Mpume holds a B Comm Hons and an MBA degree and has been head of Corporate Communication at Hulamin. She recently set up Ifutho, a Level 1 BBBEE company, a goal-driven front-runner in strategic ethical branding, aimed at encouraging business leaders to transform their approach to focus on good governance through real, authentic and ethical communication. This new approach will result in more effective leadership, an empowered and driven workforce, growth and ‘reputational’ capital for any organisation that takes the step forward.

Viney’s and Mthembu’s skills, experiences and knowledge come together to form a powerhouse of forward-thinking strategies in corporate communication and branding. They are working with growing SMEs and receiving highly inspired and stimulated responses. 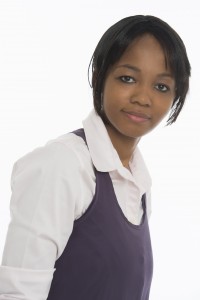 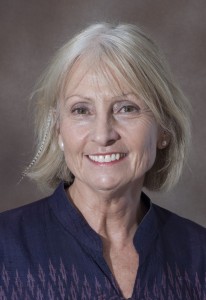