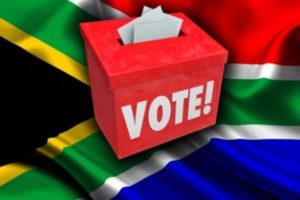 I have recently done some informal research to explore attitudes about registering to vote. I questioned about 40 people locally (70% black, male and female, between 21 and 44 years of age, urban and peri-urban, education ranging from Grade 7 to a degree). I was staggered at the lack of knowledge around democracy and elections.

An educated electorate is essential in a democracy so, as the election draws nearer, it is imperative that the influencers in SA inform voters, especially the new voters and those who have been voting without understanding, about the most important issues around making a choice. It’s not where you make your cross. It’s why you make it there. Voter education would contribute to voters’ asking more questions before they make their marks.

So, this is an appeal to communicators, media presenters, advocacy groups, journalists, politicians, educators, parents, commentators and community leaders to use their influence and platforms to inform and educate voters about issues regarding elections. Let’s call it Election Education 101 whereby voters receive information that will guide them towards active participation in the election and hence the public sphere.

Let’s start a list of facts that every voter should know and share with others. Here’s mine:

1. Democracy and state funds
2. It’s your vote – every 5 years
3. Voter’s role and responsibility in an election
4. Dump the ‘race’ vote.

1. Democracy and state funds. Ensure that, before the election, people in this country know what democracy means. Explain the difference between state and government. It is amazing how little voters really know. From questioning people, I found that not one separated government and ANC. The governing party is not the state. State funds are not governing party funds. State funds means just that: the money belongs to the state. And the difference between parties is their attitude to and policy around state funds and the uses they put the funds to. Most people I spoke to believe that if they don’t vote for the ANC they would lose out on grants for housing, education etc. They assumed that if another party came into power, they would not have the money to do ‘the good stuff”.

People need to know that whichever party is in power uses the same state funds to carry out programmes for social development etc. The ANC does not ‘own’ those state funds for grants and upliftment projects like housing, poverty alleviation and health programmes. If another party should come into power, it would hold the same purse strings, but use the funds in a different, hopefully better, way.

2. It’s your vote to use every 5 years. You don’t only have one chance to vote in your lifetime. Why vote, who to vote for? Criteria for selection – each party puts forward an argument why you should vote for it, and makes promises about what it would do to make your life better if it were the governing party. If it appeals to you, vote for that party. And remember, each election you get to decide again and even change your vote, if those promises aren’t met. Then you see if your new party upholds its promises. If it doesn’t, vote for yet another party in the following election. It’s your vote, and your right to chop and change, that keeps parties on their toes with regard to promised service delivery.

Therefore, learn to listen to party promises in the run-up to the election, and then hold the winning party accountable to fulfil its election promises. Each party’s election manifesto should outline its priorities and how its planned expenditure will deal with those priorities.

3. GET registered! Surely the people who are protesting against lack of service delivery by NOT registering, should in fact register so that they can vote for another party that would make more effort to change people’s lives? Get involved: attend meetings of different parties to hear the different points and promises, ask questions, assess each party’s argument for credibility and viability. Above all, talk, debate issues and become more critical. Don’t just follow and accept what the majority says……

Bear in mind, if one party gets over 60% of the votes it may become less accountable, less concerned about grassroots needs, thereby neglecting its promises to service those most in need. It might also make changes to established laws to suit its own agenda. So, it’s a good idea to keep some semblance of ‘balance of power’ across parties so that they can challenge each other on important public issues.

4. Don’t vote on the basis of race colour. Viktor Frankl said: “There are two races of men in this world – the ‘race’ of the decent man and the ‘race’ of the indecent man. Both are found everywhere; they penetrate into all groups of society. No group consists of entirely decent or indecent people. In this sense, no group is of “pure race”.
So vote for someone of the ‘decency race’.

Get voters educated now for Election 2014 !